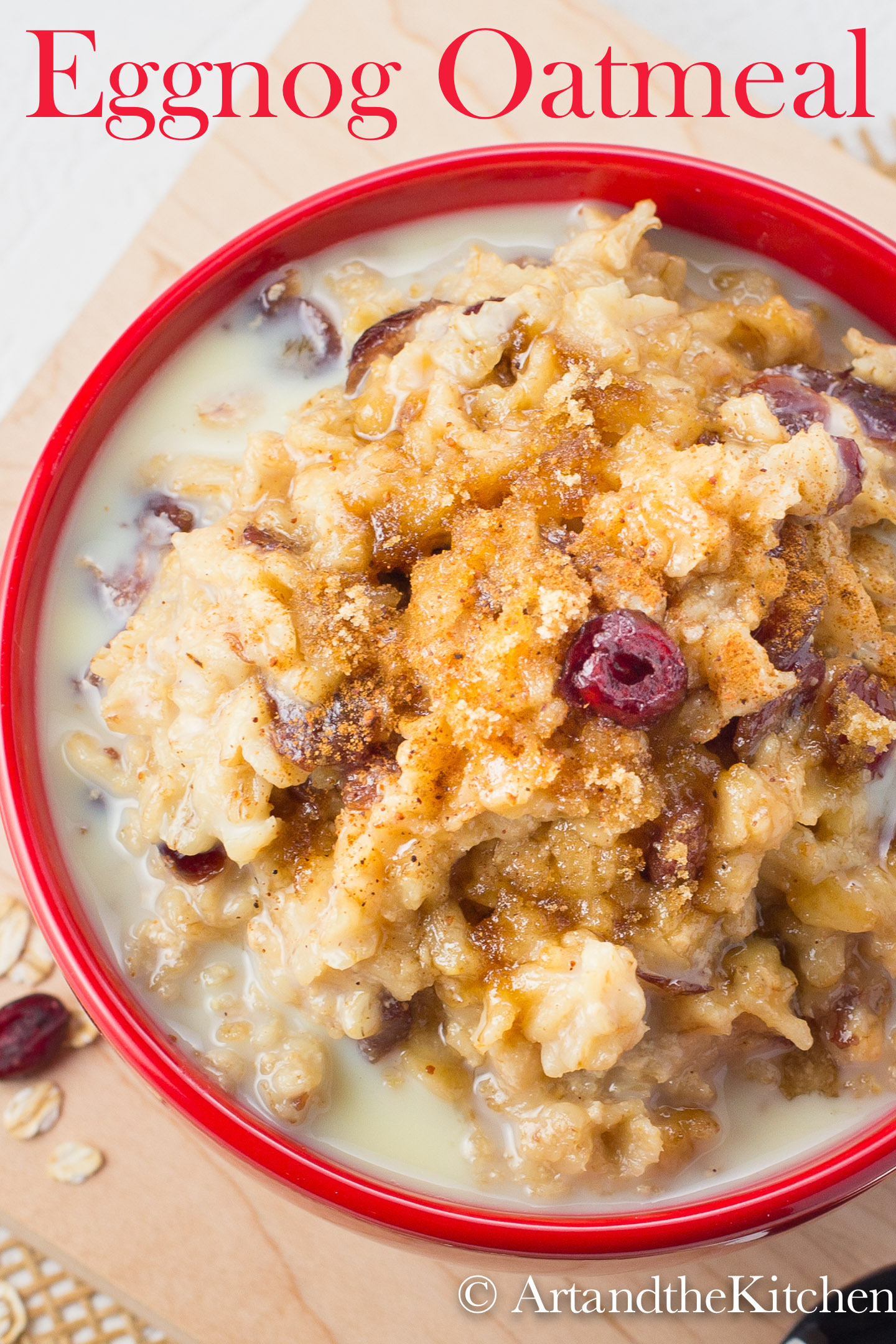 This recipe for Eggnog Cranberry Oatmeal will have you wishing they would make eggnog year-round. The eggnog adds such incredible creamy, nutmeg flavour you'll think you're eating dessert for breakfast.

If you like, Eggnog Cranberry Oatmeal can be easily spiced up a bit more by adding extra cinnamon and nutmeg. I added some dried cranberries for a nice balance of tartness to the rich creaminess of the eggnog. In this recipe I used Old Fashioned Oatmeal, but any variety will work, even steel cut oats. For steel cut oats you will have to cook for at least 30 minutes. 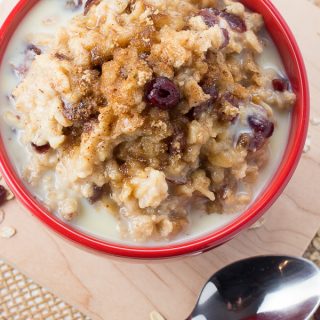 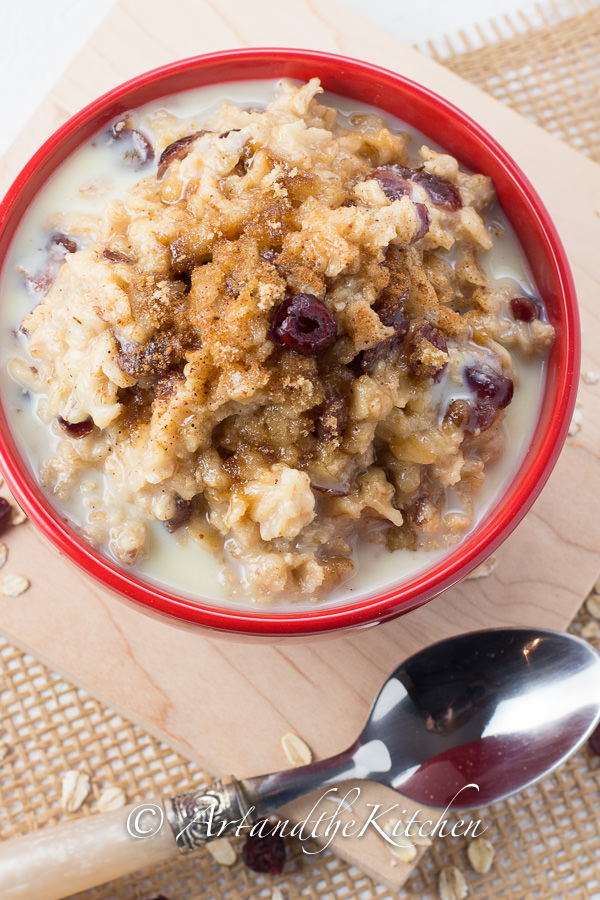 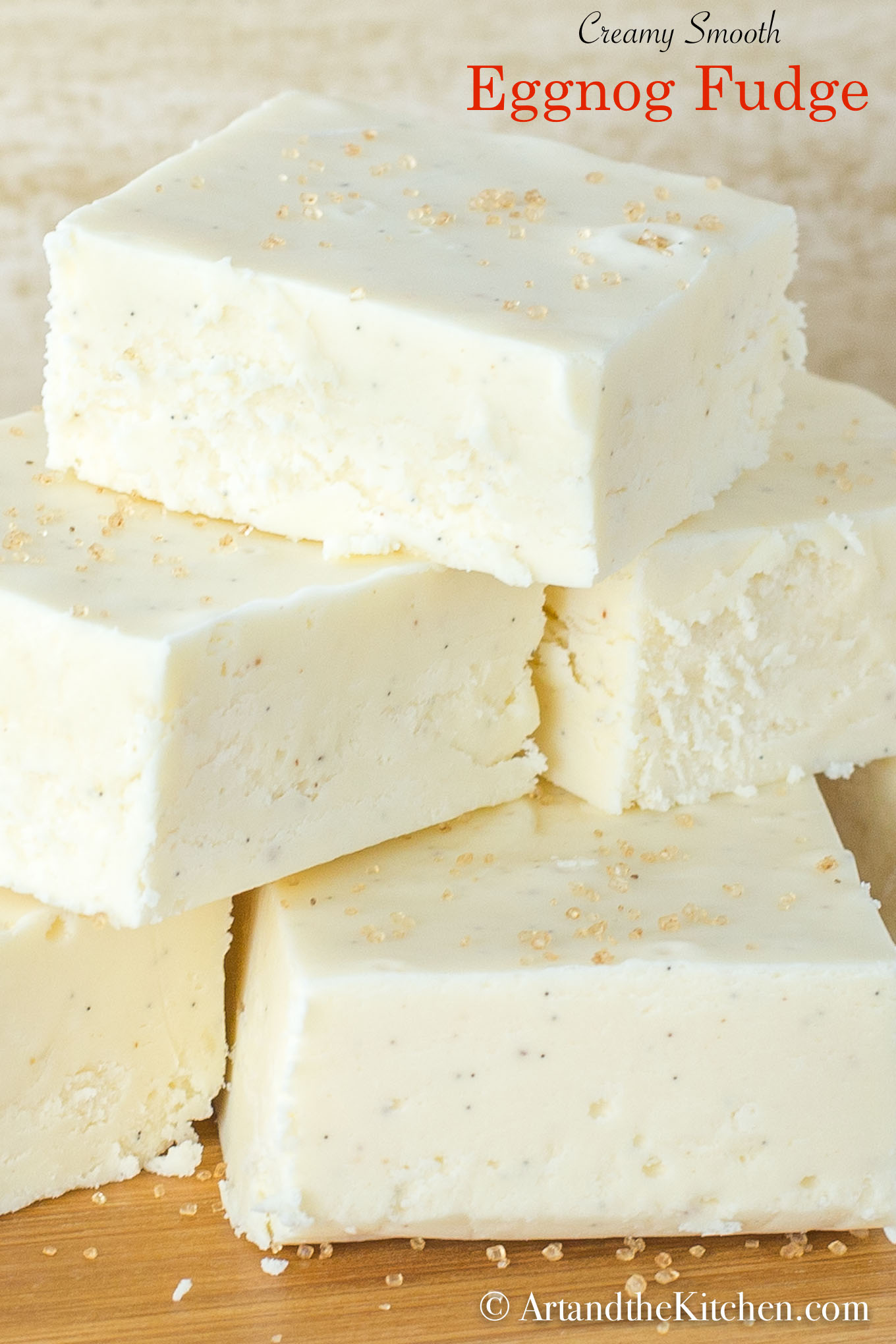